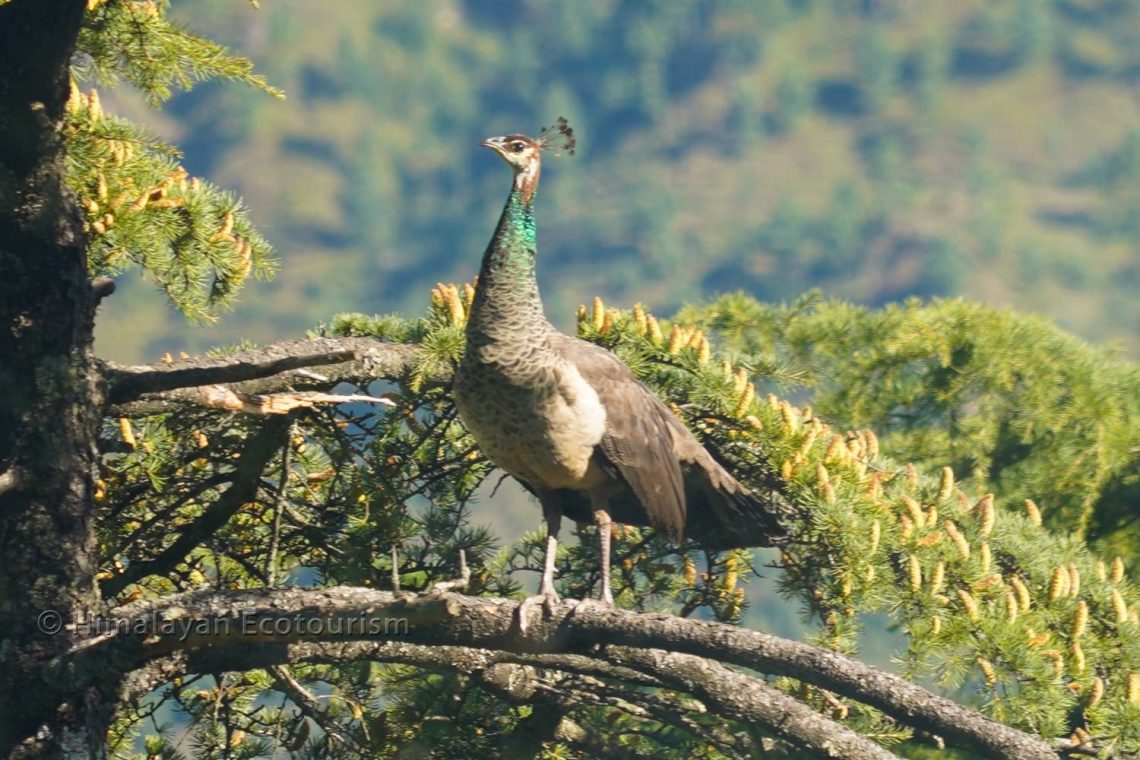 Have you ever witnessed a hunt in the high Himalayan meadows? A rare pageantry of peacocks in the forest? Here’s a heartfelt ode to Nature (and a plea) from a girl who knows what’s truly great about the Great Himalayan National Park!

Hear audio snippets of this story in Hindi

That morning, like any other morning, we herded the cattle up through the forests towards the alpine grasslands of the Tirthan Valley. The air was still. The cattle were busy grazing, and we were busy playing without a care in the world. It was business as usual for our toli of kids from Bihar, a village planted right at the edge of the Great Himalayan National Park in Himachal Pradesh.

Not a blade of grass was out of place… When, suddenly — crackshufflegrowl — and all hell broke loose! It was utter panic and pandemonium! Before any of us could react though, a tiger took off with one of our goats. But distracted by all the bleating and lowing and commotion, it ended up dropping its prey from a great height, and disappeared into the forest, just as noiselessly as it had arrived. We ran towards the fallen goat. But it was already dead, its stomach swollen. So, we carried it home with us, and didn’t go back in that direction for days.

It was only much later that we made our way there again. This time, with the women from our village, who ventured into the jungle to collect grass every day, singing along as they went, confiding in the forest about their lives and loves. Sometimes, we also stopped to admire and observe all kinds of wildflowers and fruits, and medicinal herbs traditionally used to cure ailments. And on cold, wet days, we lit a fire, or took shelter in small caves to shield ourselves from the rain… A walk in the wilderness, even when you do it seven days a week, 365 days a year, is anything but dull!

And it’s not always about the big ‘surprises’ or the life-changing epiphanies. Or even about what you ‘see’ in the wild. When we grazed our cattle, for instance, we’d hear so many kinds of birds chirping high up in the canopies; invisible, yet patently there. Sometimes, we also chanced upon small streams, drawn to them at first by the gentle gurgling in the distance. We’d even hear wild animals before we spotted them. Their deep, reverberating calls turning our legs to jelly for a second, before we hoofed it on the double towards our grazing herds — the sound of us darting together, sending the cows, sheep and goats scampering in every direction (after all, isn’t life precious to everyone?)! But next morning, we’d be back again in the woodlands, our usual haunt through the school holidays, carrying our food in potlis and our wits about us.

In the forest, we often collected dry grass to light a fire to protect against the cold, or took shelter in small caves to shield ourselves from the rain. And before heading home in the evenings, we gathered bundles of kindling for the stove. Mother Nature was a part of our everyday lives at Tirthan, and we were part of hers, since the day we were born. Around her, I always felt safe and protected.

The Best Show on Earth

From the moment we are born, Mother Nature is a part of our lives at Tirthan, and we are part of hers. Gazing upon her, it’s easy to forget all our sorrows. I feel safe and protected around her, and overwhelmed by her beauty. On the one hand, she gives us lush green grass, and on the other, gigantic trees; she sets tiny birds free in the sky and lets staggeringly huge animals walk the earth. And living amid all her glorious creatures in the wild are us, human beings.

Growing up on the edge of a biodiversity hotspot that Unesco, and the world, now recognise as a Natural Heritage Site, I have always had the best seats in the house for the best show on the planet! I particularly look forward to the changing seasons, the cyclical rhythms of Nature. Up here in the hills, for instance, the rains often arrive cloaked in mist and fog, and what a beautiful sight that is! Then, in the winter, when it snows, the sun rises reluctantly and moves across the sky, melting the snow and filling my heart to the brim. By the time summer comes round, young trees mature and bloom, reminding me how, just like them, we too have grown up in step with Nature’s cadences.

I remember once many summers ago, it began to rain heavily, while we were in the forest. Thunderstorms are common here, but on that day, it felt different. As it continued to pour, a thick, ashen fog started spreading out in every direction and plunged the forest into darkness, almost as if night had descended. And then, there it was… crouched in the dense cover, a large, ominous shape, looming in the distance. Our hearts nearly stopped beating! Petrified, we exchanged glances and tried our best not to alarm the ‘beast’ .

As if on cue, the fog lifted a little, and the ‘beast’ revealed itself — a pride of 10 or 11 peacocks, dancing, their tail feathers spread out in a glorious display of glamour and pageantry. As we approached them though, they flew away, leaving us with but memories of a precious, private spectacle… I had never seen such a beautiful sight in my life before!

This is one of the many abiding memories from my childhood, and I wonder if it’s even possible to see such sights anymore. I haven’t seen so many peacocks dancing together ever since, or heard the range of birdcalls we used to, or spotted some of the wild animals we once encountered. I wonder where they have all gone? It seems as though they have disappeared altogether from the face of the earth. And now, the forests are vanishing too! It is hard to understand how we can harm something so beautiful.

We know now, for instance, that the population of peafowls has dwindled sharply because people have begun to kill these birds for profit. Poachers sell peacock feathers, as well as the hides, pelts and feathers of so many other wild animals and birds in a fragile Himalayan ecosystem like ours, where the loss of one species can decimate so many others. The number of trees too has been declining drastically, thanks to heedless, uncontrolled logging. As for forest fires, a major concern in these parts of the Himalayas, they have become an annual affair, raging through our valleys and mountains, untamed. Some people believe setting fire to the forests helps bring rainfall, and by extension, prosperity. But don’t they see the irony in that? Don’t they realise that as the density of trees reduces, so does our lifespan? If not for the trees, how would we breathe?

Why are we so bent on destroying Nature, on polluting the earth and contaminating the clean waters? Why are we so disloyal to her? Should we let Nature suffer, only because we feel we can’t singlehandedly stop the looting and pilfering and wrecking of our forests? I don’t think so! I think we should do all in our power to keep the sources of our water pure, and be mindful of where and how we throw our garbage. When someone cuts a tree, we should plant 10 in its place. It’s the least we can do!

It’s hard to see so many hills now denuded and bare. To see the woodlands that filled our childhood with as many colours as the colours of the forest floor, now threatened by fires and human pillaging. But just like some of those remarkable trees, where the roots appear to belong to a single tree, though they are entwined with another — our roots are entwined inextricably with Nature too. With her dancing peacocks and singing streams, melting snow and grazing sheep. And it’s up to us to ensure that it stays that way.

Hear audio snippets of this story in Hindi 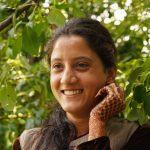 Soniya is a 21-year-old student of geography from Bihar village in Himachal Pradesh. She loves to play volleyball, dance and sing. She is a trained beautician and dreams of becoming a professional make-up artist someday. 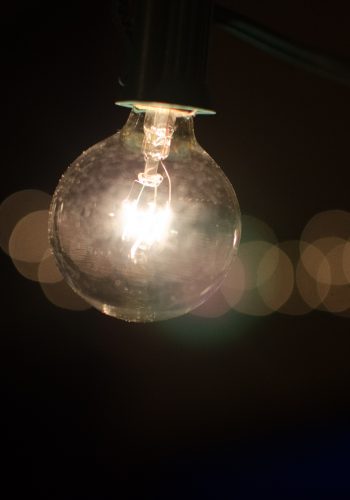 One Ladakhi Girl’s Journey from Darkness to Light