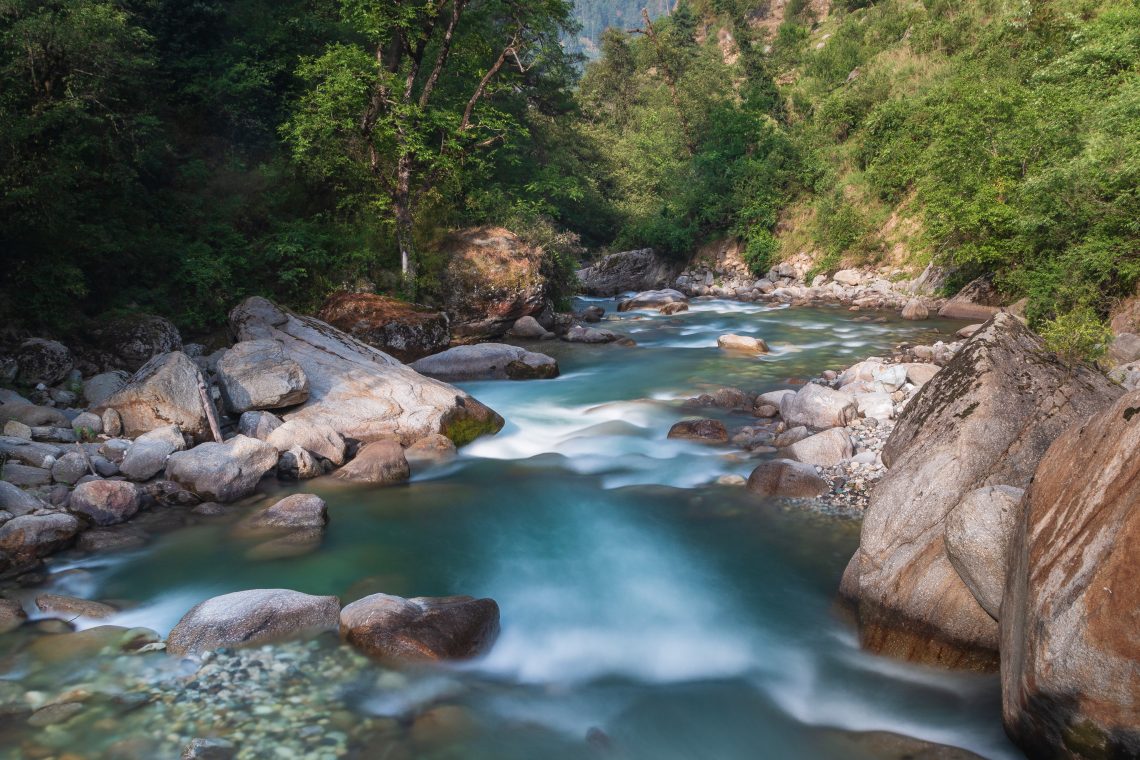 I was born just 100 yards from the Tirthan River, in Ropajani, the first village to settle on its left banks. I grew up playing, jumping, swimming and fishing in this mighty river, on the edge of the Great Himalayan National Park in the Tirthan Valley of Himachal Pradesh.

Back then, I remember strolling along the banks of the river, spotting innumerable small and big fish in its clear waters. In those days, hundreds of gharaats – indigenous flour mills – were operated on the streams of the river. Until a few years ago, my family used to run a flour mill too.

The elders of the valley say that once upon a time, the water level of this river must have been much higher. Even today, stones and sand can be found upto 200 meters far from the river. That is probably why very few people preferred to live near the river. Till about six decades ago, there were only one or two houses in our village. Slowly, the population grew, and our village now has 12 houses.

Until recently, we used the water of Tirthan River as drinking water. Originating from the glaciers of Tirth Top, about 4000 metres above sea level, this water was pure, safe and completely pollution-free until it reached Gushaini. Several diseases could be cured simply by consuming this pure glacial water. Because of its origin in the Tirth Top, the river came to be called “Tirthan”, and the banks on either side became Tirthan Valley.

The holy spring of Hunskund, believed to have the purest water of all, is located in the Tirth Top and is the center of people’s faith. In the local dialect, a river is called “gad”, and as per local belief, the goddess Gada Durga (who originated from the river) is the deity of the Tirthan Valley. It is said that the goddess fulfills the wishes of pilgrims who visit this spring with true devotion. Those who are unable to make the pilgrimage perform purification rituals using the water from Hunskund, just like the Ganga Jal (water from the holy Ganga).

After originating in the Tirth Top, the Tirthan River flows uninterrupted through the core zone of the Great Himalayan National Park, roaring and crashing through the hills, travelling for about 60 kilometers through Rola, Darkhali, Ropa, Gushaini, Khundan Banjar, Mangalore and Balichowki. There is no habitation on either side of Tirthan River until it reaches Gushaini. Later, at a place called Larji, it is met by the Beas River and the Sainz River; this confluence of the three rivers is the site of a hydropower project. Through the trajectory of the Tirthan River, there is a treasure trove of very rare medicinal herbs, which give the water its medicinal properties. The entire valley is surrounded by a network of seasonal and perennial tributaries, waterfalls, streams and springs that meet the Tirthan River.

The other-wordly natural beauty, biological diversity, ancient culture, agricultural practices, and traditional lifestyle, coupled with the adventure of trout fishing, have put the Tirthan River on the world’s tourism map.

However, as local population has increased, more people have started living on the banks of the river. Roads have been built, tourist facilities are constructed along the river, and waste is illegally dumped into it. The ever-increasing burden on water, forest and land has negatively impacted the breeding, development and conservation of trout fish as well as many types of fauna, birds and other animals. In 2005, a severe flood changed the course of the river and took away my family’s flour mill.

The water of the Tirthan River is no longer fit for drinking beyond Gushaini. Garbage and sewage have polluted the water. The indigenous gharaats (flour mills) are on the verge of extinction. The habitat of marine life is shrinking. Considering that the entire valley depends on the river for employment, tourism and agriculture, it is critical that we step forward with long-term conservation efforts to save our precious natural heritage.

The people of Tirthan Valley have fought a long battle in court to protest against hydropower projects on the Tirthan River so that trout fish can be conserved. Now it is critical to intercept garbage, including plastic and e-waste from urban as well as rural areas, before it reaches the forests, rivers and ravines. It is also crucial to clamp down on illegal poachers, implement waste management at tourist sites and prevent road construction waste from being thrown into the river. During the Coronavirus outbreak and associated lockdown period, illegal fishing increased in the rivers and streams. The people of the valley will have to become more aware and come forward to overcome this crisis hovering on the river due to pollution, electricity projects, and fishing through nets, explosives and bleaching powder.

During my lifetime, in my jobs with the police department and then in tourism, I have seen many rivers across India. However, the clear, cold and transparent glass-like water, flowing from the Himalayan glaciers, give the Tirthan River its own special identity. We must come together to protect it, not just because it creates job and income opportunities for us, but also so that the next generation can grow up playing, jumping and swimming in it. 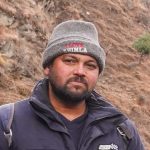 Paras Ram Bharti grew up in Ropajani village and was associated with the Himachal Pradesh Police Department for 18 years, as constable, head constable and investigation officer. He is also a trained Commando and Motor Cycle Rider from Himachal Police. In 2016, he began working as a tour guide in the Great Himalayan National Park and hosts travellers at a small homestay called Tirthan Riverview Homestay in Ropajani near Gushaini. Since 2018, he has also been working as a media freelancer in Tirthan Valley. He grows chemical-free vegetables in his kitchen garden and enjoys writing, trekking, fishing, natural farming and social service. 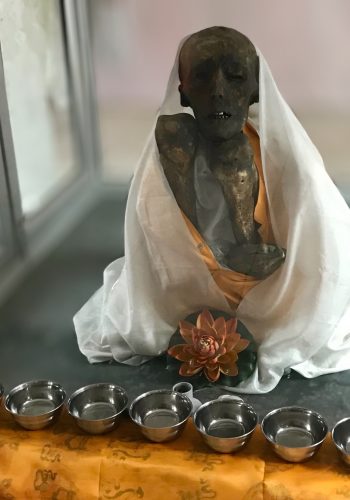 The Giu Mummy: Unsolved Mystery of a 14th Century Monk