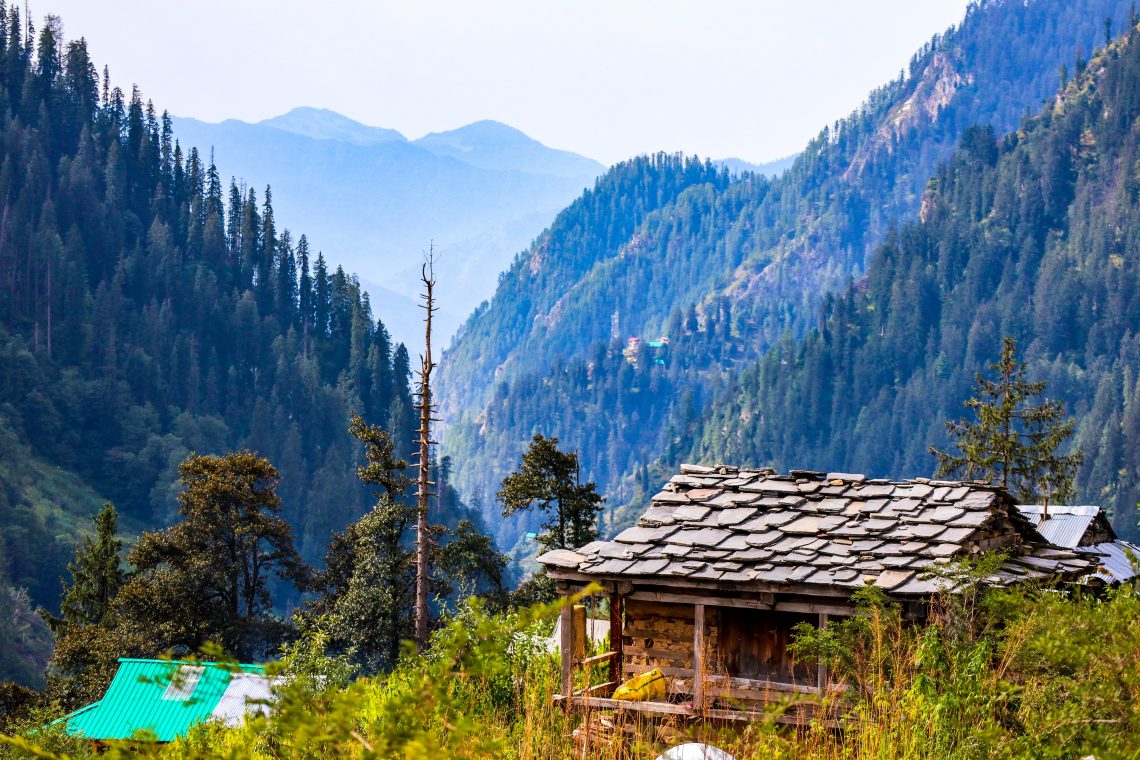 A home is a pure space – right from its doorstep to the rooftop – and its inhabitants are looked after by goddess Jogni herself. This belief among people in my village, Bihar, in the Kullu district in Himachal Pradesh, is the reason why shoes are not allowed inside any house in the village. Represented by local stones or a trishul (trident), covered in a red chunni (stole), Jogni mata (mother) resides on the rooftop of every house and takes care of the safety and health of its occupants.

I live in a four-storeyed house made of deodar wood, which we get from the nearby jungle. All homes in my village have a layout similar to mine, typically with a rooftop, kitchen, bih, fadh, khud and chaudi.

My grandmother often used to say that our kitchen is the purest, as it is the place inhabited by fire. The significance of fire in our village is twofold. First, it is the primary mode for cooking. Second, the incense used to offer prayers to the local deity is lit with it. The latter makes it all the more important to ensure that our cooking space is unadulterated. That is why every house in my village has a kitchen on the top floor.

Another rationale for having the kitchen on the top floor is to limit the wall damage due to soot produced by the fire, to one room. There was a time when the walls of our kitchen too would be covered with soot. However, almost 15 years ago, we replaced the traditional mud chulah (angithi) with a tandoor. The tandoor, placed on top of the chulah, has a pipe attached to it that billows out smoke through the other end which opens to the roof. As a result, the kitchen walls don’t get damaged as much as they used to. But not every house in the village has a tandoor.

We count the levels of a house from top to bottom. Not like how it is done in cities – bottom to top. Confused? Let me explain. Just below the kitchen is the second floor that we call bih or zili bahud. This level houses the largest room that is often used for performing ceremonies or functions. It could be a personal event or welcoming the Deoli, representing a god or goddess, home.

The occasion of bringing home the Deoli assumes immense significance in our village. A family hosts the function when the god they have been praying to, answers their wishes. The god or goddess then comes home in the form of the deity. The bih in my house is quite large, so we have placed a gathari – a wooden box – near one of the walls to store grains.

The third floor is called fadh. This space is used for sleeping. My parents and sisters sleep here. I prefer to sleep in the kitchen because that is the only place in my house where I get uninterrupted Internet signal. After a day’s hard work, I like to watch movies on my phone. I am happy that my parents have allowed me to sleep here, or else, they would have constantly nagged me to keep the phone down!

The place where we keep our cattle – cow and sheep – is the fourth floor that we call khud.  It is on the lowermost level inside the house so that cattle can be cared for.

Wooden staircases connect different floors in the house, including the balcony in all village houses, called chaudi. In my house, we have a chaudi along all four sides on the second floor. We have closed the chaudi on one side and left it open on the sides that receive the maximum sunlight. During summer, I, along with my sisters and a brother, soak in the sun there and eat our food. Sometimes, we all sit there chatting endlessly late into the night.

We usually wake up early. Around 5 am. The first thing we do is to light the fire in the kitchen and place water on it for boiling to make tea and also to wash our cows. The same fire is used to light the incense that we offer to Jogni mata. That is why, occasionally, we have to purify the mud chulah with red earth and cow dung, if it becomes impure. For instance, we are not allowed to touch the chulah while having food. If anyone accidentally touches it, the purification ritual of applying the dung and red earth is performed. We also say our prayers in the evening to the goddess around sunset to express gratitude.

I am the eldest amongst my siblings. Our mother has divided chores amongst us all so that we pick up skills that are essential to rural life. We can’t slack off in our duties or afford to be lazy, for there are multiple responsibilities to be taken care of. I look after the kitchen. Cooking and cleaning of this space comes in my domain. One of my sisters is assigned the task of fetching water, another to take care of the cows, and so on and so forth.

While I enjoy cooking for my family, I hate the task of cutting wood to fuel the tandoor. The big log has to be cut into small pieces. But for some reason, I don’t do it right. So my sister helps me. This is how we always help each other in our daily routine. I also accompany my mother and sisters when they go to the jungle to cut wood. In summer, we don’t have to go so often. But before the onset of winter, the villagers get into the process of collecting wood for storage ahead of long and harsh months. The wood is stored on the lowest floor. Around the beginning of November, we start going to the jungle twice – morning and evening – to ensure we have enough supply for the winter. We also have cooking gas in the house. But we use it rarely, mostly for making tea. It is kept for emergency purposes.

None of the houses in the village have access to the direct water supply. So we have to store water as well. The entire village has two water connections – one for the daily purpose and another for emergencies. So every day, we have to fill water from the main tap to wash our cows, besides for cooking and washing purposes. The women folk wash clothes around the main tap. The water for washing utensils is stored in the house. We collect our used utensils in a big cauldron called dabra and wash them in it in the house.

Cleaning is another task that I find rather tedious. Not the regular sweeping, or the mopping – done once a week – but the annual affair that usually takes place around May. We apply a mixture of red earth and lime to the walls. More often than not, bits of this mix fall on the wooden floor. Removing these stubborn spots is a herculean task. We use sand and red brick to remove these patches. After that, the entire floor is washed in water to ensure every trace of this mixture is removed. The walls and the floor of the house shine brightly. But not before extracting every ounce of energy from our bodies. While we all dread this activity, the reward is a sparkling clean house.

In matters of cleaning, no one can beat my mother. She surprisingly does it with an acquired sense of finesse and perfection without a complaint. For her, the annual cleanliness ritual is a performance she loves to partake in.

If we slack off in our regular chores or fail in responsibilities, our mother is quick to remind us that whenever we get married, if we don’t know how to take care of the house and everything around us, we would be dropped back home. Though in a lighter vein, she says, “People will assume that I didn’t teach you anything”. It used to irk us sometimes. But not anymore. As we are maturing, we realise that the village doesn’t have access to some of the basic facilities. That makes the job of every village resident – male or female – tougher. So we have to embrace every aspect of our lives wholeheartedly, with the hope that Jogni mata is listening to our prayers of well-being and safety. 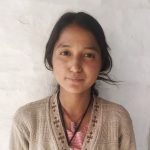 Divya belongs to the Bihar village in the Kullu district of Himachal Pradesh. She is 21 years old and is studying in the final year of B.A. Divya's parents work in the nearby fields. Divya is the eldest among their five daughters. She aspires to become a History teacher. She loves to write stories for her college magazine and would also love to learn Kullu’s traditional clothes weaving. 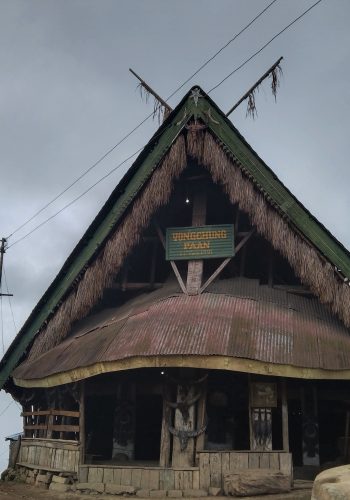 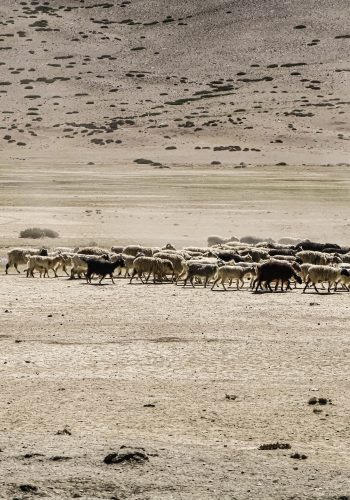 There has been a problem with your Instagram Feed.
291shares