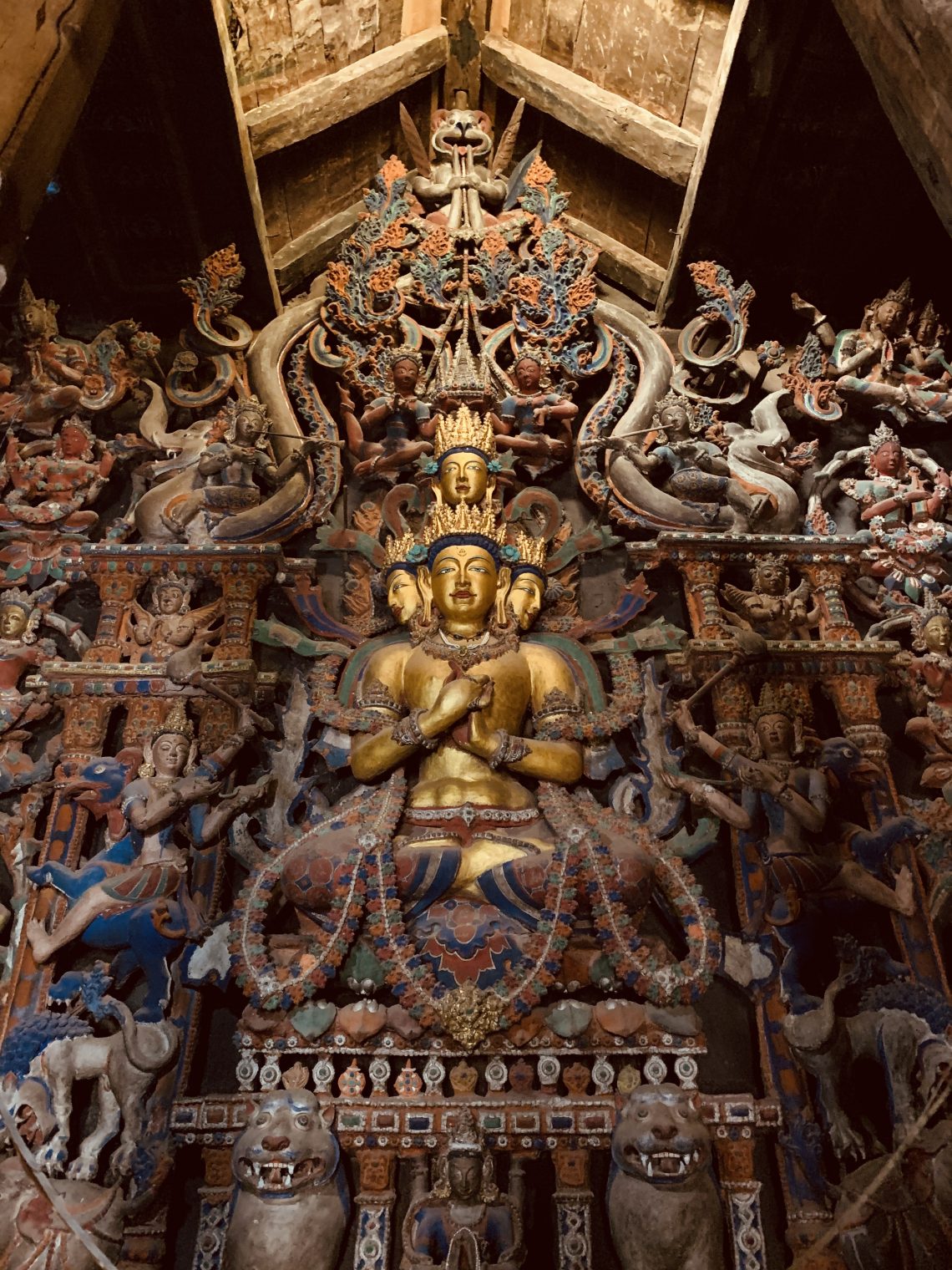 Legend has it that the Sumda Chun Monastery, in the Markha region of Ladakh, was built in a single night, over a thousand years ago!

Around the 11th century, the Tibetan scholar Lotsawa Ringchen Zangpo visited India to study spirituality. He stayed here for many years to learn Buddhism, Sanskrit and dharma. He studied with many scholars, translated important literary works into Tibetan (Lotsawa is the title given to a native Tibetan translator) and also created commentaries on many important topics of Buddhism.

Lotsawa is said to have constructed as many as 108 Buddhist temples across present-day India, Nepal and Tibet, including three monasteries that he ordered to be built within one night. The Sumda Chun Monastery was one among them.

I’m not aware as to why the timeline was one single night, but given the elaborate structure of the monastery on a hill, with a courtyard, an assembly hall, main shrine, two adjoining Bodhisattva chapels, a prayer wall and several stupas, our elders believe it wasn’t a human creation.

It is said that flying ‘fairies’ built the three monasteries (Sumda Chun, Alchi and Mangyu). Because they could fly, they were easily able to navigate the mountainous landscape in a single night, building the monasteries equidistant (as the crow flies) from each other.

I was born in the Sumda Chenmo village in the Markha region, part of the famous Hemis National Park. When I was just a few days old, my family took me to Sumda Chun Monastery. My earliest recollection though is from the age of about four. I would always want to race up the hill to be the first to reach the monastery at the top. “It’s the best way to become a mountain man,” my father would encourage me.

The monastery feels like a part of my childhood, almost a second home. The lamas there have seen me grow up! Perhaps that’s why I’m a spiritual person. I believe in the teachings of His Holiness The Dalai Lama.

The Sumda Chun Monastery is located on a hill in the Sumda Chun village at an elevation of 3500 meters. Even though it is the most important and revered monastery in the Markha region of Ladakh, it was in bad shape until a few years ago. There was no electricity and it got pitch dark even during daytime. The roofs and scriptures got coated with charcoal because of the fumes of the kerosene lamps.

In 2006, the monastery got listed among the 100 most endangered sites in the World Monument Funds Watch List. A five-year conservation program was funded by the World Monuments Fund and carried out by Namgyal Institute for Research on Ladakhi Art and Culture (NIRLAC). It involved architectural conservation and restoration of artworks in the temple, including paintings and sculptures at the shrine.

I occasionally lent a helping hand in the restoration work whenever I visited the monastery. The residents of Sumda Chun village contributed in providing raw materials and labour for the restoration work, while the monks helped with the preservation of scriptures. The conservation program of Sumda Chun Monastery was presented an “Award of Excellence” by UNESCO Asia-Pacific Awards for Cultural Heritage Conservation in the year 2011!

I work as a program coordinator with Global Himalayan Expedition, and we undertook a project to solar-electrify the monastery in 2017. It brought me immense joy and satisfaction to be part of the efforts of bringing electricity to the monastery that I have visited since childhood.

The monastery could only be reached by a steep 3-hour hike back then, so we had to carry the electrification material with the help of the local people and horses. It was tough to take delicate material like solar panels to such a height, but we did it in one day. In the end, all of us, including the lamas and villagers were happy that we could bring light to this remote monastery! In 2019, a new road was constructed right up to Sumda Chun village.

I have attended many local festivals, such as Chudbul (November) and Losar (Tibetan New Year), at the Sumda Chun Monastery, when everyone from the nearby villages gathers here. The Losar festivities continue for 3-4 days, during which the entire monastery is white-washed and decorated. The lamas channel all their passion and focus into making stupas and deities from clay and painting them – my favorite part of the celebration. On the evening of Losar, people bring oil lamps and light them up before the prayers begin.

Along with the Sumda Chun Monastery, Lotsawa ordered the monasteries of Alchi and Mangyu to be built in a single night too. The three of them together make a pilgrim trail. Ladakhi people participate in the Sumda-Alchi-Mangyu pilgrimage on a day called Tangpo Chong, which takes place around the end of February or the starting of March every year. Back when there were no roads, it was done on foot. These days, it’s done by road. We believe that all our wishes will get fulfilled and our sins washed off, if we visit all three monasteries on that single day.

I have been to many monasteries across Ladakh, including the oldest ones like Lingshed and Phugtal Monastery. I often attend morning prayers to seek the blessings of monks and the Rinpoche – especially before starting a new project in any village.

Yet, I’m most excited to rush up the hill to Sumda Chun Monastery, drawn both by my childhood connection and the story behind how it was built in one single night, all those years ago!

Hear the audio snippets of this story 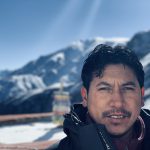 Tsering Dorjey was born in the remote village of Sumda Chenmo in the Markha region of Ladakh, accessible only by a 5 hour trek. Dorjey did his primary schooling in his village and moved to Leh for further education. Due to lack of opportunities and educational support, he dropped out of school in eighth grade. Since 2001, Dorjey has been working as a tourist guide and cook for various trekking expeditions. In 2014, he joined hands with Global Himalayan Expedition (GHE) to electrify remote villages in Ladakh. With his support and local know-how, GHE has been able to identify and electrify 101 remote villages in Ladakh till date. Dorjey now owns a Solar Service Centre in Leh to provide maintenance and support to the solar electrified villages, and simultaneously assists GHE with identification of more villages for future social interventions.

He volunteers for various social issues like cleanliness, energy poverty, education and livelihood. His engagement with the community is commendable. There is no single village in Ladakh where people do not recognize him. Children across Ladakh fondly call him Acho (elder brother). He is also a wildlife enthusiast and can tell you the names of all the birds, plants and mammals found in Ladakh in a jiffy!