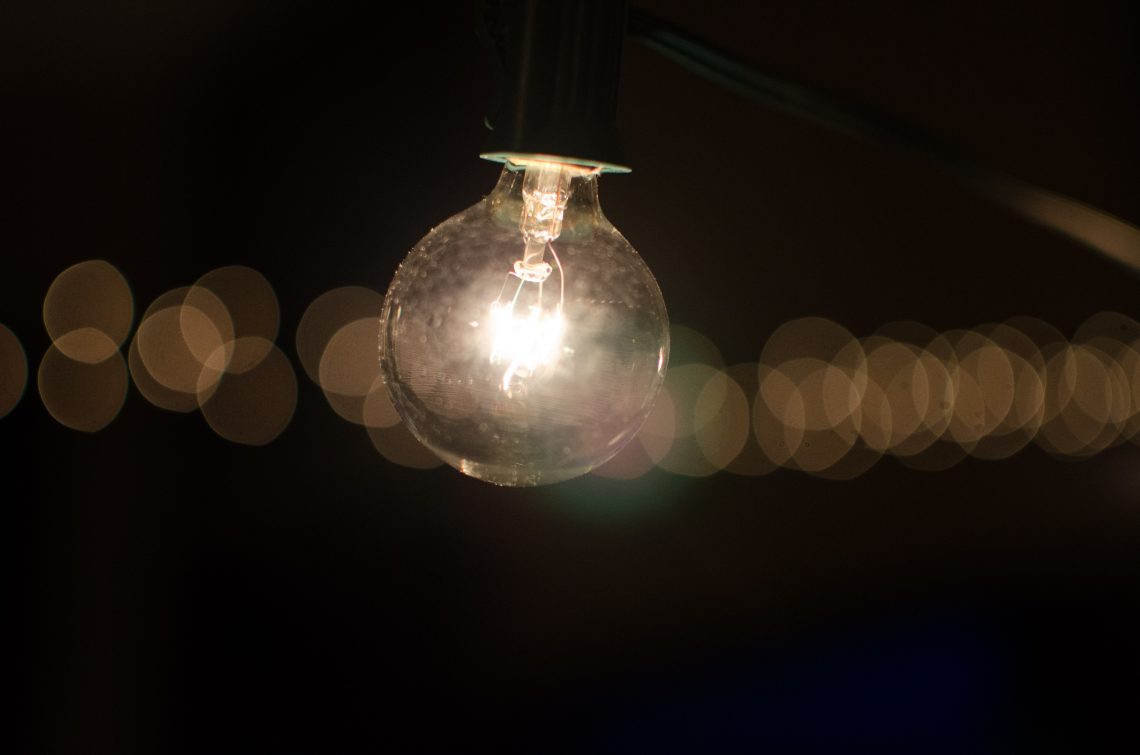 A young girl from Sumda Chenmo, a remote village in Ladakh’s Markha region, shares her journey from growing up in a village without electricity to solar-electrifying 50+ such villages

I remember the first time I saw a light bulb on a trip to Leh. I was 11, and drawn towards it like a moth. In its milky brightness, some of the biggest challenges of our daily lives back home suddenly seemed surmountable. What if we too had bulbs in our village? What if we too could defy the darkness, and stretch the day, long after the sun had slid behind the coppery mountains of the Markha Valley?

My name is Gurmet Angmo, and I am a solar engineer with Global Himalayan Expedition (GHE). I have electrified more than 50 villages in my home state of Ladakh and in Meghalaya. But my journey began in a small village called Sumda Chenmo.

Growing up, our lives were deeply interwoven with nature. (It still is, to some extent.) We lived in harmony with wild animals in the Ladakhi countryside, and our days revolved around the sun, getting shorter and shorter in the deep winters. A typical day started early with household chores, followed by school and farming. With no electricity at home, we had a limited number of productive hours to spare. So, we rushed back from school to help our parents on the farm. And rushed home again to complete our homework and cook before sundown. None of us were allowed to step out after dark, of course. For, it was the turn of the animals to roam free, and stake their claim to the valley.

For mountain communities, education comes at a price. Forget basic infrastructure and facilities — by which I mean electricity, water and a sturdy roof, not computers, internet or high-tech classes — in remote villages like ours, it’s a luxury to find a school with permanent teachers! So, while I completed my primary education in the village, I had to move to Leh to study further till Class 9. It’s never easy for a child to leave her parents. But in Ladakh, we have to often make that choice for better education.

In school, I was always interested in science, which has stood me in good stead over the years, eventually supporting my quest to help the community. At the time, however, I had no intentions of enrolling for higher studies, even though I did want a self-dependent life. So I applied for jobs in the government sector, which is still considered the best option for anyone looking to pursue a career in Ladakh. Unfortunately, I couldn’t get the jobs I wanted, and a couple of years later, I got married. But the idea of being independent never left me. And as they say, when you set your heart on something, even the universe conspires to make it happen. My plans finally fell into place after my second child was born.

It was an unexpected turn of events that led me to GHE, and to a career in clean energy access. My brother, who was a part of the organisation already, told me about the opportunity to train as a solar engineer. The first hurdle though, was to attend a six-month-long training programme in Rajasthan. I was nervous about leaving my family behind and travelling to a new place with unfamiliar language and food. But my husband encouraged me to take the plunge. Eventually, the fear of uncertainty gave way to dreams, and I set out for Rajasthan.

The first month at Barefoot College in Tilonia was tough. My body was still adjusting to the extreme heat, and the food was a challenge as well… In Ladakh, we’re used to mild spices, while in Rajasthan, the spice levels are higher to counterbalance the fever red temperatures outside. But slowly, I got used to the rhythm of life as a student at Barefoot. It was my first exposure to the world at large, and it made me aware of its vastness and diversity. There were participants from all over the globe here. Due to language barriers, we were divided into two groups — one for Indians and another for foreigners. But we ended up communicating with everyone anyway, inventing our own sign language as we went along. I made many friends too, some of whom were from states as far away as Manipur, and I am still in touch with them.

It was at Tilonia that I held a screwdriver in my hand for the very first time. But I grew more confident with each class, and soon learnt how to repair LED bulbs, charge controllers and solar lanterns. (Later, I picked up more information on solar panels and batteries from the GHE team.) Apart from the technical knowhow, we also learnt the basics of finance, weaving techniques and soft skills at Barefoot that I’ve put to good use ever since.

I joined GHE after I returned to Leh from Rajasthan. And soon after, I headed out for my very first assignment with my colleague Achen to electrify the sacred Lingshed monastery in Leh District, which is nearly 1,000 years old, and its adjacent village. We were particularly excited because we knew it would benefit the community directly. But it was a herculean task! We had to electrify the monastery and 97 households in less than 10 days. We managed to do it in 9! I remember the Head Lama telling us how pleased he was to see Ladakhi women setting an example for others to follow. It was a moment of great pride for me, and I still remember it like it was yesterday.

In time, people across Ladakh learnt about us and our work. Today, it feels so good when women of my own community consider me a role model. Wherever I go, they tell me, we want our daughters to be like you. This only makes me more acutely aware of my responsibilities. So, I try to educate women and girls in every village I visit. I also speak on many platforms to motivate them, and tell them that if they are determined, they can solve any problem in their lives, and that of others. Like we did in Meghalaya…

This was GHE’s first project beyond the borders of Ladakh. It was also the first time I was travelling alone to a place as far away as Meghalaya. And my first time on a flight! As you can imagine, I was rather nervous about the trip. But the team put my mind at ease, and off we went to the other end of the country. It’s hard to describe what it’s like to see the Indus and the mountains of Ladakh from an airplane. Everything looks so tiny from high up in the clouds — the snow-clad peaks, the high passes, lakes and trees — it’s like a scene from a movie.

After landing at the airport in Guwahati, we drove to Garo Hills, winding our way up right into the clouds. We stayed for a fortnight here at the villages of Rongmegre and Rongroasimgre, and electrified more than 50 households. The trip was quite an adventure for me. Everything — from the landscape and the climate to the language and food — was completely unfamiliar. But I realised soon enough that all villages in India have at least one thing in common: People are full of gratitude and warmth for visitors. So I felt right at home in a place I had never visited before. Here too, the women were surprised and happy to see another woman install solar microgrids to light up the lives of entire communities. They said they wanted to be like me, and I assured them that they could be!

There is another big perk of my assignments — financial independence. I think it’s very important for women to earn. It boosts our confidence, and helps us support our families in achieving their dreams. I remember buying an earthen lamp for the temple in our house and some clothes for my kids with my first pay cheque. My husband told me I could spend my money any way I liked. And so far, I have contributed to the construction of our house and to my children’s education. They study in one of the best schools in Ladakh, where they don’t have to worry about permanent teachers, or about leaving home for higher education. And to me that counts for a lot.

I have come a long way from living in the dark to setting up solar microgrids in remote villages, and I hope to keep going. I also hope other women in rural areas have a journey as beautiful as mine. To them I’d like to say: Start small! Don’t wait for a big break or a government job. Instead, learn solar engineering, handicrafts, or any other skills you can. There are so many training programmes and opportunities for us today; make the effort to find them. And in the end, do what you can, with what you have, from where you are! 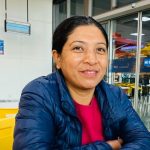 Gurmet Angmo is from the Markha region of Ladakh. She is a Solar Engineer, entrepreneur and mother. Her dream is to work for the upliftment of the Himalayan community. She has electrified more than 50 villages in Ladakh and Meghalaya with Global Himalayan Expedition. She is an inspiration among the local women of Ladakh. Her work has been recognized on many government and non-government platforms. She is a strong advocate of women empowerment and likes to lead from the front. She lives with her husband and two small daughters. She wants them to acquire the necessary skills through education to serve the rural community. 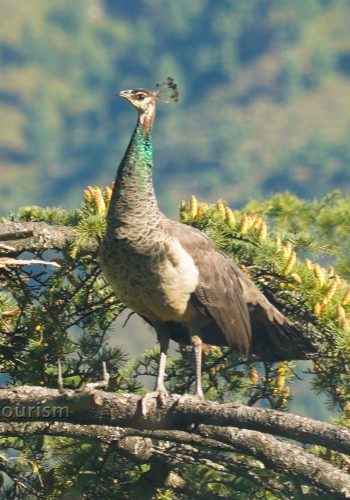 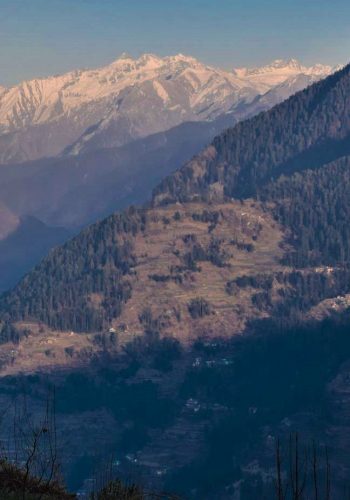