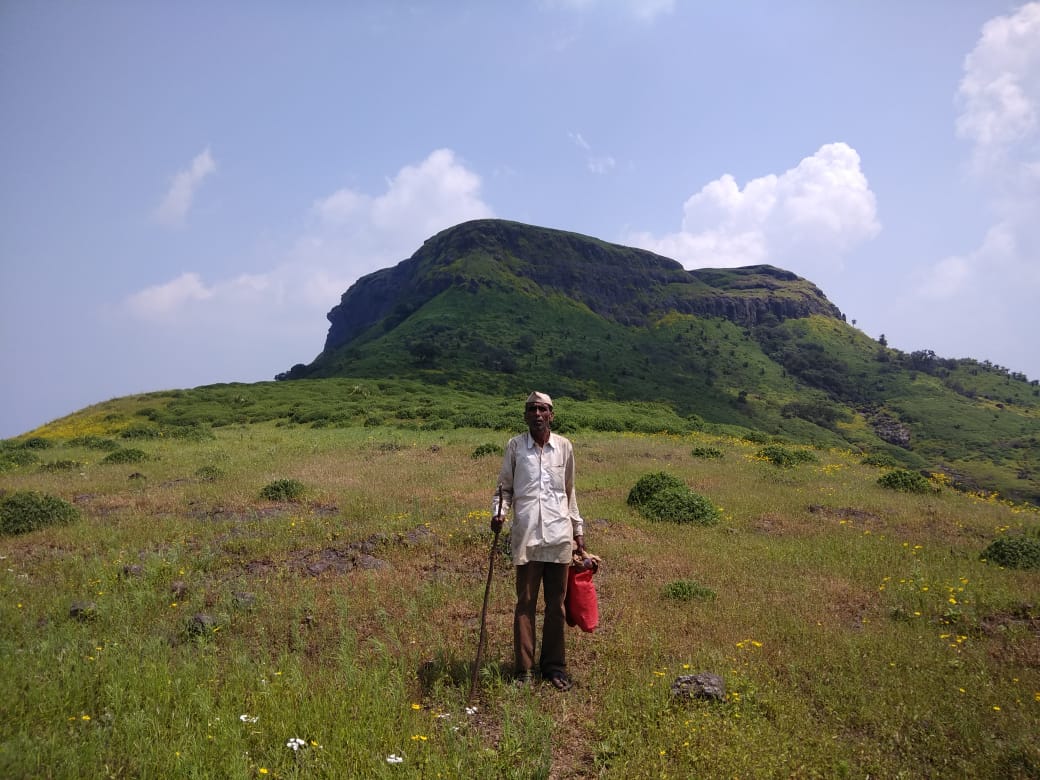 A teacher and a guide, shares a tale of an Adivasi freedom fighter from Kumshet village of Maharashtra, a story that has disappeared from the pages of our history.

Akole taluka in Ahmednagar district of Maharashtra is known as an adivasi, hilly and remote taluka. In this region, courage and bravery ran in the veins of the people who fought the oppressors with their bare hands and broad chests. Some of the notable heroes are Raghoji Bhangra, Bapu Bhangra, Rama Kirwa, Dharma Mundha, Khandu Sabla, Budha Pedhekar and Dharerao Aswala. Such is the long history of bravery of adivasi revolutionaries.

Far away from the chaotic mainstage of the freedom struggle, people all over the country were rising against the British atrocities. The roots of colonial exploitation had spread deep and were weighing heavy on remote Adivasi communities. This is a story of one such region in western Maharashtra, which is surrounded by the mighty Sahyadri. Rivers Mula and Pravara which flow parallelly in this district form a valley in between them and hosts a group of 40 Adivasi settlements collectively known as ‘Adivasi Dangan’. The British had appointed officers and money lenders to exploit the wealth of this settlement. Forced and arbitrary tax collection pushed the community to take loans from exploitative money lenders who extended short term loans at exorbitant prices and forcefully confiscating land, grains, livestock and more importantly the self-respect of the people.

The Adivasi community was forced to survive by eating rice husk and tubers from the jungle. Soon the discontent in the region boiled over into a revolution, the anger was such that the slogan “salo ki, palo” that is “make the lives of the enemies a hell” became widely popular. Several brave people emerged to fight colonial oppression and I am now narrating the story of one such great man who sacrificed his life in this struggle.

Elders in my family always spoke about the bravery of Dharya, an ordinary Adivasi who rose to become Veer Dharerao. In the early 19th century, at a time when the revolutionary movements were gaining momentum to expose the injustice and atrocities being perpetrated on the Rajur Panchkrushi adivasi community , Dharerao was born in a small village called Kumshet in the Adivasi Dangan. Kumshet is an adivasi village situated at the foot of the Sahyadri Range, famously known as Sahyadri’s splendor and Sahyadri’s esteem. He grew up like all other kids in his village playing in the forests, tending to cattle and climbing the Sahyadri. His intelligence and courage armed him with the knowledge of the jungle and the will to fight against exploitation.

His ability to interact with the forest and the hills was so exceptional that people speak of a legend that points to a mystical plant which gave him such skills. Once while grazing cattle in the forest, Dharerao hunts a jungle fowl hoping to have it for dinner. He carries the dead fowl back home wrapped in some leaves, he leaves the dead bird along with the leaves at his house and goes about tending to his cattle. On returning he sees the bird is alive again! Surprised by this, he traces his steps back into the jungle to the plant from which he had plucked those leaves. He brings them back home and consumes it trying to imbibe the miraculous properties of the leaves which had nursed a dead fowl back to life.

Around the same time, the revolution against the British had intensified further and grown to be called ‘the Adivasi Storm’ in the dangan. Fighters like Raghoji Bhangre, Kondya Navla had ignited a rebellion against the British government. Dherarao joined this movement and began helping the impoverished people of Kumshet and Thakarwadi Panchakrushi villages. He attacked the British offices and convoys and distributed the wealth collected to the poor. His expeditions slowly started to gain mass support, and the impact of his action reached a large section of the people.

Irked by this, the British sent out look out notices and ordered his arrest. It is here that Dharerao’s skill and perseverance put him in a league of his own. He could disappear in the jungle for days and climb steep cliffs like Konkaankada with ease. He was an excellent impersonator; on several occasions he mingled amongst the police to collect information and mislead their efforts to catch him. Frustrated, the British announced a bounty on his head and set a month-long trap to catch him. The clever Dharya proved to be too smart for the British, and desperation led them to torturing the villagers to give information about Dharerao. The British had struck a raw nerve, and unable to witness the pain of his fellow men, Dharya was forced to give himself to the police. He met the police willingly and announced, “You surrender to me. I will surrender to you too. I am willing to go with you to any place where you wish to take me. But I have a condition, that is, you can only cut off my head and take it with you. Let my torso remain in my homeland”.

Dharya was mercilessly beheaded; and his head was taken to Pune Central Jail. The English jailer shuddered with fear as he saw the fierce head of Veer Dharerao. Many people say, his head came to life and jumped towards the neck of the officer to bite him. And that it later commanded the police to take the head back to his village. In the end the British did take the head back to the village where a large funeral was held.

A few years later, at the place where Dharerao Baba’s funeral was held, the villagers of Kumshet village built a temple as a samadhi of Dharerao Baba through shramdaan (donation of labour). His Samadhi invokes fear and reverence in everyone’s mind. Today Dharerao Baba’s Samadhi has become an important tourist destination and a pilgrimage site in Akole. I feel that the samadhi and the place around it is as if Indra’s garden in heaven ‘Nandanvan’ has come down to Kumshet. Every year, thousands of tourists come to visit Dharerao Baba’s samadhi place in this scenic area. Special attractions for tourists like Konkankada peak, Ajoba Parvat, Nafta Dongar, Ghodi Shep, Judi Kaladgad, Kombada Dongar, Gawli Dev, Ghanchakkar Dongar, Muda Dongar, Ghod Paul, Shipai Budi Odha and Patharya Ghat are all close by.

One can see a treasure trove of wildlife in Kalsubai and Harishchandragad sanctuaries in the holy land of Dharerao Baba in the Akole district. Dense forest clads both sides of the road and the rare Maharashtra Shekru (Indian giant squirrel) frolics in the forests. Tigers, leopards, gaurs, wild boars abound in this region. Adivasi Dangan provides a peek into a quaint and slow rural life. The villagers have retained the old traditional varieties of Rajbhog paddy. Even today, farmers grow Raibhog paddy and consume it as a staple.

A unique feature in front of the main Samadhi is a large spherical rock smeared with vermilion that weighs more than 100 kilograms. Devotees believe that if they succeed in lifting the rock by invoking Veer Dharerao Baba’s name and making a wish in their heart, their wish will come true.

In the month of Chaitra, people from Kumshet dedicate one day every week of the month for Dharerao Baba as palik divas (the days when no work is done in the fields).

In the pre-independence freedom struggle, Veer Dharerao Baba had jumped into the revolutionary rebellion and lit the fire of confidence and self-respect among the Adivasi community and found himself a place in the local folklore. Like thousands of stories, this revolutionary’s tale has disappeared from recorded history. It is sad that many amongst our own community are not aware of Veer Dharerao. I try to narrate this story over and over again to as many people as possible with a hope that it will keep Dharya alive. I hope that through this story, the people of the village feel proud that such a storm existed amongst them. 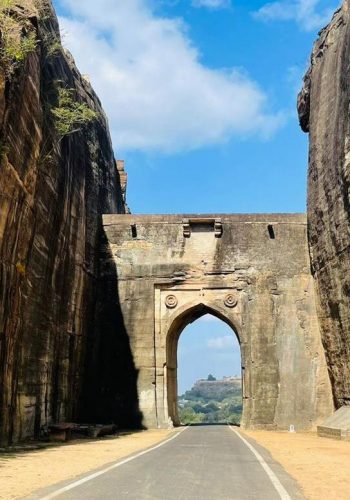 Chanderi – Beyond its Sarees