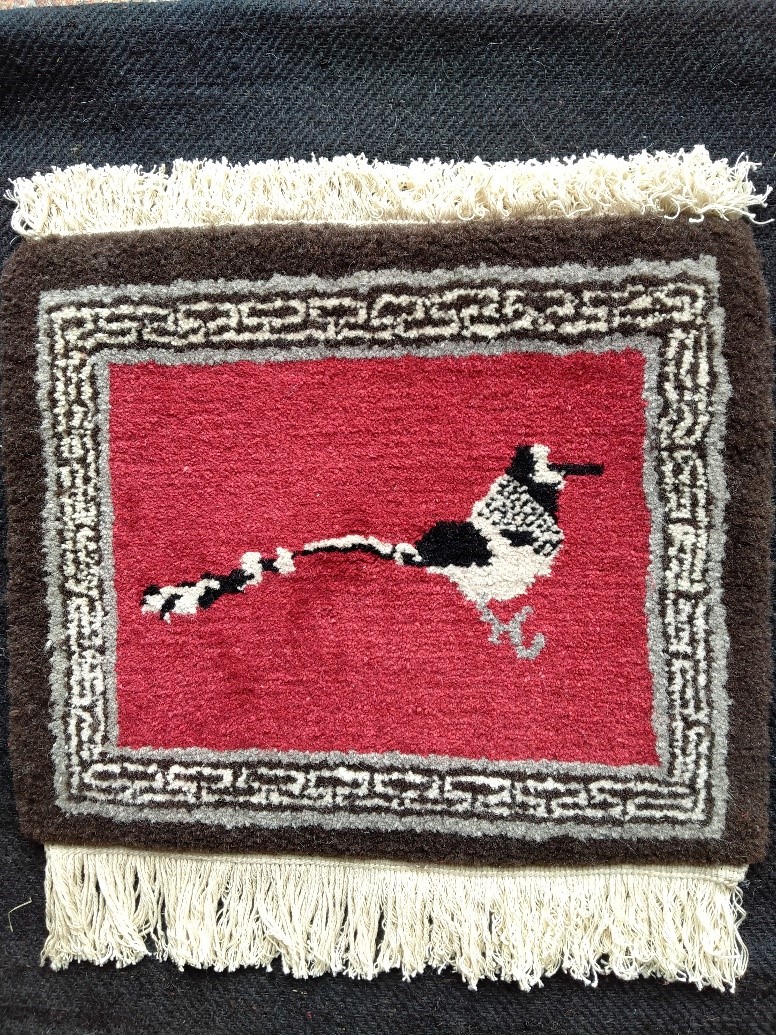 I was born in the Bhotiya community, widely known for its woolcraft and transhumant lifestyle. My people travelled with their livestock along a fixed migration route, from the plains to the high altitude alpine meadows of Uttarakhand.

It is said that the whole of Kumaon would source their woolen garments and bedding from the Bhotiya community. As a child, I learned to farm as my family owned land, but I heard stories about natural methods of wool dyeing from my mother. When we observe tree leaves, fruit peels and shrub roots, it is difficult to imagine the variety of colors that can be extracted from them.

It was only when I got married and moved to Sarmoli that I finally learnt to knit and dye wool. My mother-in-law was well versed in the art of extracting natural dyes, but most people had begun to purchase chemical colors from the bazaar. After she died, it seemed that using local herbs, plants, and trees to create natural colors was on the verge of disappearing. So about a decade back, I joined the Maati Women’s Collective in our village, to be part of the effort to preserve this local tradition.

In the old days, people raised their own sheep and had their own supply of wool to weave with. Those who owned only a few sheep would purchase Hunni (Tibetan) wool brought in from Tibet by traders. In fact, till 1962, the Bhotiyas from Munsiari traded regularly with Hundesh (Tibet). While the menfolk travelled to Tibet with their trading caravans and sheep and goat herd, the women stayed back and spent the summer weaving with wool.

In those days, all garments worn by both men and women were woven by hand, mostly by women. Men wore pankhi (large men’s shawls), coatpattu (woolen material for making coats and trousers) and caps, while women used shawls and kamauls (blouses worn with the ghaagra / skirt). Even shawls, pillowcases and dun-aasan (carpets) were made from wool. This sheep wool came in natural shades of black, white and brown, along with white wool that could be dyed into beautiful colors.

As there was no market nearby, it wasn’t possible to obtain chemical dyes in Munsiari. So over the years, the women devised creative ways to extract colors from trees, plants, herbs and other vegetation on the mountains, forests and fields around Munsiari.

Walnut hulls were used to get various shades of brown. Walnut roots were also used but the practice was stopped when the digging out of walnut roots was banned because of over-extraction. Seasons determined the colors available for dying. In spring, the fresh young walnut leaves gave a unique shade of green. In the monsoon, the unripe hulls of the walnut fruit yielded an unusually deep hue of brown.

To get shades of red and pink, the roots of the climber Majishta (Rubia cordifolia) were used. The bark of Utis (Alder tree) gave a pale pink, while the flowers of rhododendron, a deep pink. Neel (Indigo) leaves gave shades of blue!

But since 1972, when the road reached Munsiari and brought access to the market, people began to purchase colorful chemical dyes and readymade powders. They began to use acid to fix the often bright and gaudy colors on the yarn.

On the other hand, we do not need to use any chemicals when dyeing woolen fabric and yarn with natural dyes. To dye wool yellow, for instance, the roots of Shama are first dug out, then rinsed in water. The roots are pounded and boiled for an hour or so till the color seeps into the water. The white wool yarn is wrapped into loose bales, added to the prepared color-infused water and simmered on low heat for about an hour. The yarn is then allowed to cool, rinsed with cold water and left to dry in the shade.

When I joined the sangathan (collective), I found that the women who were part of it had resumed the traditional craft of wool work. I gradually realized that the colors in the market were full of chemicals, and we were in the process of losing our knowledge of natural colors. To preserve our indigenous art and knowledge, we started creating both old and new designs using natural herb-based dyes. The aasans (carpets) we made depicting the birdlife of Munsiari became sought after by travellers.

Reviving this tradition has also improved the livelihood of women. Besides, using natural dyes in our wool work does not harm our immediate environment. And in the event that we cannot access chemical dyes, our dyeing work will continue because the natural dyes can be easily obtained from the mountains.

We still follow the woodcraft norms passed down in my community through the ages. For instance, when there’s a death in the family, no dyeing is done in that home as this is a period of sorrow and mourning. Dyeing brings happiness to the mind, and therefore working with colors is considered inauspicious during this period.

Along with the women at the sangathan, I continue to seek out our village elders and their deep knowledge of plants to help with preserving this art. We are using the Covid-19 lockdown period to pass on the knowledge of natural dyeing methods to our daughters and children in the village, so the coming generation can make this a source of livelihood too, should they choose to. 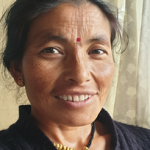 + posts
Beena Nitwal is from the Bhotiya community that traditionally inhabit the high altitude villages of Kumaon. She now lives in Sarmoli with her family and has been running her home stay with Himalayan Ark since 2004. As a member of Maati Women’s Collective, she organizes and coordinates the production and sale of traditional woolen products from across the Gori valley. Working with colours and dyes accessed from the natural world around her, she has established a deeper connect with nature. She wishes to teach this skill to her daughters as well so that they can take it forward. 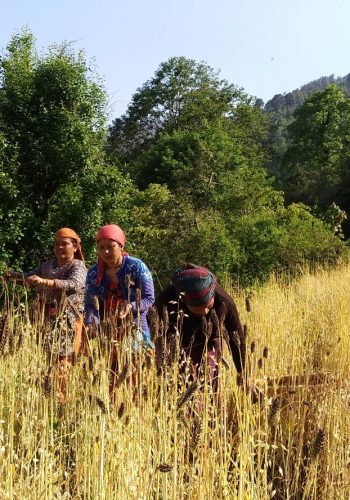 A Culture in a Grain 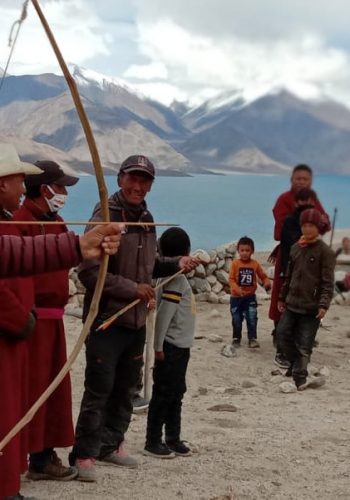 A 600 Year Old Celebration on the Shores of Pangong Lake